Bill Stonebraker – As We Gather 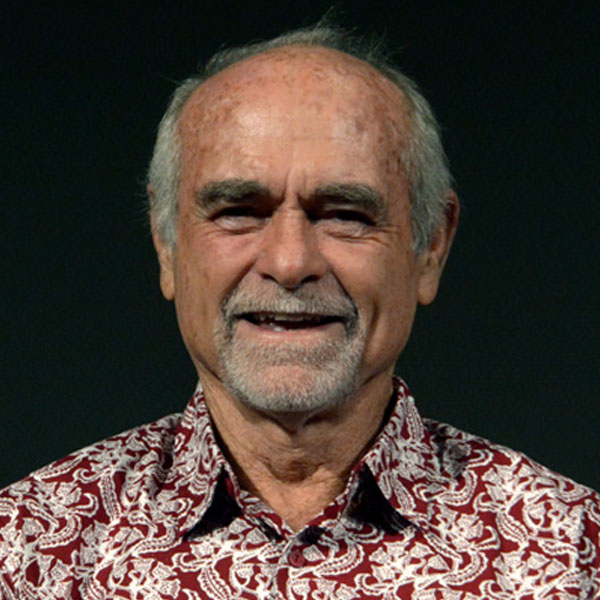 Bill Stonebraker was born in Minneapolis, Minnesota, but spent most of his childhood in California. Married in 1965, he and his wife, Danita, have three children. The Stonebraker’s came to Hawaii in the late sixties; they currently reside in Honolulu. Early on, Bill opened his own business making surf boards, and his name came to be well-known within the local surfing community.

While living in Sunset Beach, Hawaii, Bill made a life-changing commitment to Jesus Christ, and began hosting and teaching Bible studies in his home. His ministry was directly influenced by Pastor Chuck Smith, of Calvary Chapel Costa Mesa, California. Finally in 1972 he began the North Shore Christian Fellowship. Three years later he received his ordination from the Maranatha! Evangelical Association of Calvary Chapel, following the completion of their Shepherd School (for pastoral training). He has also attended Fuller Theological Seminary.

Then in 1982, Bill turned NSCF over to his assistant pastor, Mike Stangel, and together with a small group of people began Calvary Chapel of Honolulu. The church met over the years at various locations before finally purchasing the former Empress Theater in 1988. The church congregation is now over 1,500.

In 1986 the church purchased KIFH radio, now broadcasting as KLHT Christian Radio at 1040 AM.

Bill’s teaching can be heard weekdays on the “As We Gather” radio program, broadcast in Hawaii over KLHT Radio, and nationwide over the Calvary Satellite Network.