David Rosales – A Sure Foundation 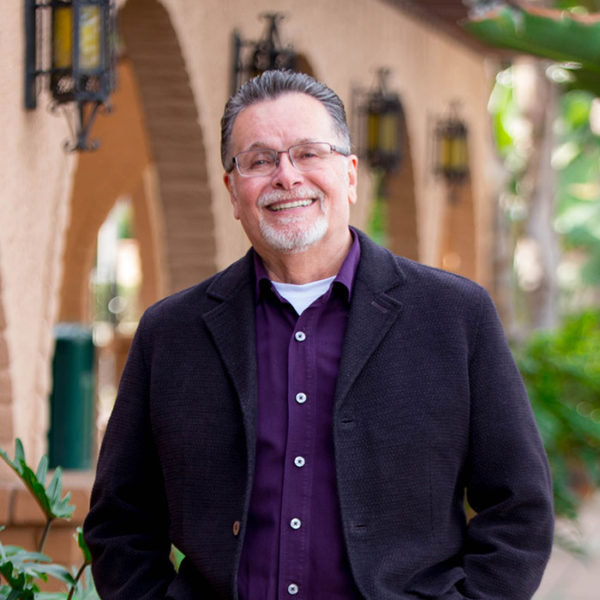 Pastor David was born on August 23, 1950 and grew up during the tumultuous 60s. Considering himself a by-product of the “love” generation and a fringe member of the hippie movement, David spent more than five years involved in drug and alcohol abuse in the late sixties. In early 1970, at the age of 20, David nearly overdosed on a combination of wine and barbiturates. When he awoke, he was paralyzed and lying on his back in a drug stupor. It was at this time that David called out to God to spare his life.

“When I look back at those years it seems like another lifetime,” says Pastor David. “That’s why today, I am actively involved in the community and trying to reach people where they are at. This world is full of troubled, tired, and hurt people. God loves them and so do I. That’s what this ministry is all about. We want people to see that God is in the business of changing lives.”

God certainly changed David’s life. After attending a Maranatha! concert David gave his heart to Jesus Christ in December of 1970. Shortly after, he went into the Army, spending 21 months of active duty with the 82nd Airborne Division. David was discharged from the Army and began pursuing an education in theology. He attended Biola College and soon began to teach home Bible studies. David was ordained in 1979 and worked full time for a small church in Claremont, CA before beginning a new church in July of 1981 called Calvary Ontario. In January of 1982 he received a letter from Pastor Chuck Smith of Calvary Chapel Costa Mesa welcoming the church as a Calvary Chapel affiliate. As the church continued to grow, the group moved from homes to a rented church to school auditoriums. Finally, over 12 acres of land was purchased in Chino, CA in 1992. This would become the home of Calvary Chapel Chino Valley.

David Rosales currently pastors over 6,000 members, teaching Bible studies throughout the week, and is supported in ministry by his wife Marie. They have four grown children and eight grandchildren. Pastor David’s radio ministry, A Sure Foundation, is broadcast daily throughout the nation, extending his teaching ministry beyond the Inland Empire. He also has a podcast with current Bible studies and goes live on his Facebook page weekly to discuss various topics of ministry and current events. He has traveled to countries across the world, evangelizing and teaching the Bible in a simple verse-by-verse style.