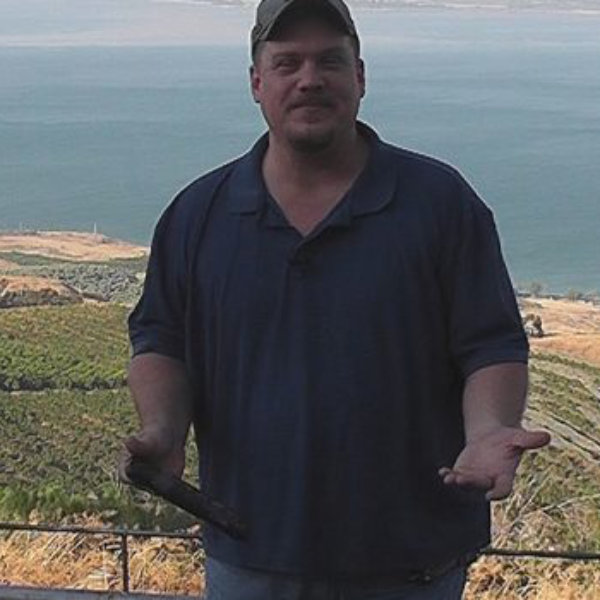 Ray Jensen is a lifetime resident of Alvin, Texas. His family is his wife Anna, son Stevie Jensen and daughter-in-law Emma Jensen, and as of 2017 – a grandson Reid Jensen. Ray gave his life to Jesus as Lord and Savior after God spiritually awakened him with the events of September 11, 2001, and then followed God’s call into ministry.

Ray focused his gifts into a local church in Pearland, Texas from 2006-2009. There he taught singles and college-age bible study, and led a coffee shop bible study group. As an intern at the church, he taught Sunday school classes, preached for the nearby Senior Citizens’ retirement home, and occasionally preached for the Senior Pastor whenever he was out of town. Ray has served as a missionary to the Kuna Indians in the Rio Sidra Islands off the coast of Panama, and to Nigeria, Africa.

Ray began technical college in 1995, graduating with an Associates Degree in Electronics Engineering in 1997. He began a career in radio communications in 1996. He had always wanted to continue onward towards a bachelors degree, but The Lord closed all the doors and eliminated every opportunity. But then after the September 11, 2001 attacks, God called Ray to ministry and opened up all the doors that had once been shut, for Ray to continue his education, not in technical studies, but in bible college. Ray graduated with a Bachelors Degree in Christian Leadership from the College of Biblical Studies Houston in 2006, and then a Masters Degree in Christian Leadership from Liberty University’s Theological Seminary in 2011.

In 2014, Ray left his career in radio communications to join Calvary Chapel Pearland as full time staff under Pastor Dov Schwarz. Ray was later ordained as Senior Pastor in 2015 when Dov made Aliyah, moving to Israel. In 2015, Ray traveled to Israel to participate in The Feast of Tabernacles, and also to minister with Jewish believers of Yeshua. While in Israel, Ray realized his love for the Jewish people, and captured the vision for The Aliyah Highway, a way to bless the Jews who will return to Israel according to Ezekiel 36.

Ray’s ministry objective is simply stated, “To take the gospel of Jesus Christ to as many people as possible.”