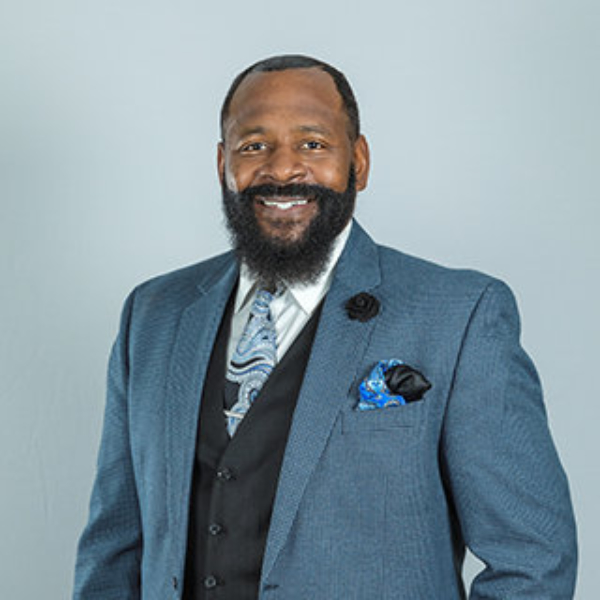 Born and raised in the steel town of Gary, Indiana, Tony lived life “his own way” Monday through Saturday. However, Sundays were different because that was the day he would go to church. And even though he attended church, Tony had no idea what it meant to have a relationship with Jesus Christ.

After his first year in college, Tony decided to marry his high school sweetheart, Jenise, and join the United States Marine Corps. After boot camp, instead of starting a life with his new bride, Tony received military orders to be stationed in Okinawa, Japan. Going to this foreign land was more than an overseas adventure because it was here that he made a life-changing God commitment. He thrived in this newfound relationship and began learning about the Bible. It was in Okinawa that the Lord revealed to Tony that one day he would become a pastor.

When Tony returned to the states, he continued in his walk with the Lord and became an assistant pastor with a local church. Still in the Marine Corps and stationed at Camp Pendleton, in San Mateo, Tony had a 70 mile round trip commute. He would use this time to learn more about the Bible by tuning in to Calvary Chapel’s radio station, KWAVE. Over time, Tony grew increasingly interested in the “new” teaching style of Calvary Chapel and began attending Calvary Chapel Vista.

When Tony’s enlistment in the Marine Corps ended, he was asked by Pastor Brian Brodersen to join his pastoral staff. After a few years at Calvary Chapel Vista, Tony began thinking about the idea of pastoring a church. But where would it be? Only God would know!

Joey Buran, who, at the time pastored Calvary Chapel Hampton Roads, would periodically call Tony to tell him about the ministry opportunities in Virginia. Even though Tony had never been to the East Coast, he decided to visit Virginia. After much prayer, Tony knew for certain that Newport News, Virginia was the place that God would have him to be a pastor.

In September 1994, Tony, Jenise, and their three children, Erin, Tony Jr., and Eric, made the trek from Vista, California to Newport News, Virginia. October 1994 marks the date that Calvary Chapel Newport News was established.

Today, Calvary Chapel Newport News is a multi-cultural fellowship with members from over 30 countries represented. More than 2,500 people call Calvary Chapel Newport News home and are inspired by Tony’s simplistic, yet life-changing teaching style. A sought after Bible teacher, he often travels around the country to preach the Gospel message. His radio program, “The Word Made Plain,” is heard daily by millions.

Though Tony didn’t know it, God directed his life from the very beginning. For example, KWAVE, the radio station that Tony listened to as a young marine during his long commute to work, now airs his weekly messages!

The desire of Tony’s heart is to see the community of Newport News and the Hampton Roads area transformed by continuing to preach the Good News of Jesus Christ. Tony continues to heed the call by passionately studying God’s Word, prayerfully seeking the Lord’s direction for His church, and vigorously pouring love into the lives of the people God leads his way – persevering until He comes!